Barack's Boyz In The Bund

Obama doesn't want you to have weapons or free speech. He and his minions have been threatening television and radio stations to keep them from airing ads he disagrees with. The latest target is the NRA and stations in Pennsylvania.

Earlier, Governor Matt Blunt of Missouri issued this statement on news reports that have exposed plans by Obama to use law enforcement to threaten and intimidate critics.

Pay attention America, the socialist fascist friends of Barack are on the march.

Another Attack Waiting To Happen

The man who predicted 9/11 says a major terrorist attack on the United States, probably featuring a weapon of mass destruction, is inevitable during the next four to five years. Marvin J. Cetron says the attack could come in as little as two-and-a-half to three years.

So, why after seven years are we still unable to seal our borders and account for who is in this country legally and illegally.

Is it any wonder the congress has ratings lower than a snake's belly? When are we going to elect people who will take as their primary task protecting and defending these United States?

The elections are at hand. Throw out those who have refused to make America their priority.
Posted by BobG at 4:58 AM No comments: 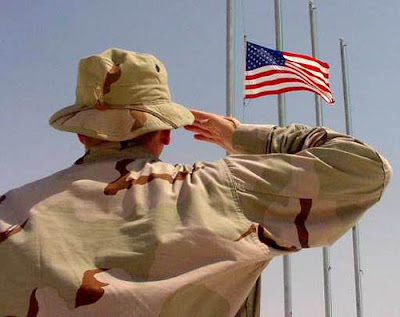 The Presidential election was too close to call. Neither the Republican candidate nor the Democrat candidate had enough votes to win. There was much talk about ballot recounting, court challenges, etc., but a week-long ice fishing competition seemed the sportsmanlike way to settle things. The candidate that caught the most fish at the end of the week would win the election.

After much of back and forth discussion, it was decided that the contest take place on a remote frozen lake in northern Michigan.

There were to be no observers present, and both men were to be sent out separately on this isolated lake and return at 5P.M. with their catch for counting and verification by a team of neutral parties.

At the end of the first day, John McCain returns to the starting line and he has ten fish.

Soon, Obama returns and he has no fish. Well, everyone assumes he is just having a bad day and hopefully, he will catch up tomorrow.

At the end of the 2nd day John McCain comes in with 20 fish and Obama once again returns with none.

That evening, Harry Reid gets together secretly with Obama and says, 'Obama,I think John McCain is a low-life, cheatin' SOB. I want you to go out tomorrow and don't even bother with fishing. Just spy on him and see exactly how he is cheating.'

The next night (after John McCain returns with 50 fish), Harry Reid says to Obama, 'Well, tell me, how is the old snake cheating?'

Obama replies, 'Harry, you're not going to believe this, but he's cutting holes in the ice.'

VOTE McCain/Palin
Posted by BobG at 1:04 PM No comments:

Discussing his income tax plan on the O'Reilly Show, we have this classic from Obama.

"If I'm sitting pretty and you've got a waitress who is making minimum wage plus tips, and I can afford it and she can't, what's the big deal for me to say I'm going to pay a little more?" Obama said. "That's neighborliness."

So, Barack plans to tax us into being neighborly. If you're afraid of what else comrade Obama has up his sleeve, then vote McCain/Palin.
Posted by BobG at 5:21 AM No comments:

McCain supporters, have rescued 12,000 miniature American flags from the site of Barack Obama’s nomination acceptance speech last Thursday and redistributed them to audience members ahead of a McCain rally in Colorado Springs Saturday.

Democrats claim the flags were snatched to carry out a “cheap political stunt.”

But McCain supporters said the flags were discovered by a vendor at Denver’s Invesco Field after the conclusion of the Democratic National Convention. The vendor supposedly found trash bags full of flags in and nearby dumpsters, and turned them over to the McCain campaign.

Boy Scouts were sorting 84 bags of flags in Colorado Saturday morning, before a McCain supporter had veterans distribute them to the audience.

“We want to find good homes for these flags,” radio host Dan Caplis said at the rally, adding that whatever flags remained would be placed at memorials throughout Colorado.

Audience members, who booed when Caplis announced that the flags were left in Denver, waved the flags and chanted “U.S.A” ahead of McCain’s arrival at the rally with his running mate Sarah Palin.

As usual the liberals only value the flag and religion for what votes they may buy. And now you know for sure why Obama doesn't care about his lapel pin or putting his hand over his heart when the anthem is played.

I have returned, but I am too exhausted to do much more than announce it. After a little rest, I will be back at it. Thanks to all who left their kind wishes and sentiments.