Be Back Next Week

MERRY CHRISTMAS TO ALL 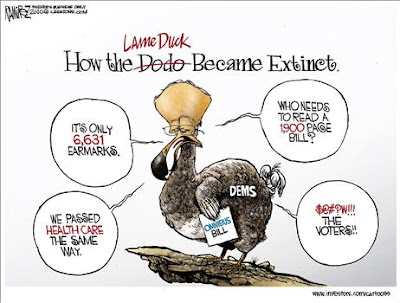 A shootout between border patrol agents and Mexican bandits in Arizona has left one American agent dead and a bandit wounded.
House Judiciary Committee Chairman Elect Lamar Smith, R-Texas, said the killing of Brian A. Terry in southern Arizona late Tuesday should serve as wake-up call to Barack Obama.

Of course, we hear nothing from our feckless leader. If only the murder of an American Border Patrol Agent meant as much to the president as a minor police confrontation in Cambridge.

The Planes, Boss, the Planes

The FAA is missing information on who owns one-third of the 357,000 private and commercial aircraft in the U.S.

Ten years after a terrorist assault by airplanes the government is only now voicing concern that its incompetence might be exploited by terrorists and drug traffickers.

Very soon we're going to pay a very high price for the bumbling bureaucrats we trust to keep us secure.
Posted by BobG at 1:10 PM No comments:

Democrats Show They Are the True Party of NO

Well, it's become quite obvious that the party of NO we've been hearing about is actually the Democrats. At Thursday’s House Democratic Caucus meeting chants of “Just say no!” could be heard by reporters outside the room.

One unidentified Democrat went so far as to mutter “f*** the president” while Representative Shelley Berkley was defending the package that Obama had negotiated with Republicans. Berkley confirmed the incident, although she declined to name the specific lawmaker.

“It wasn’t loud,” the Nevada Democrat said. “It was just expressing frustration from a very frustrated Member.”

Just expressing frustration and showing the oratorical limitations of the real party of NO. 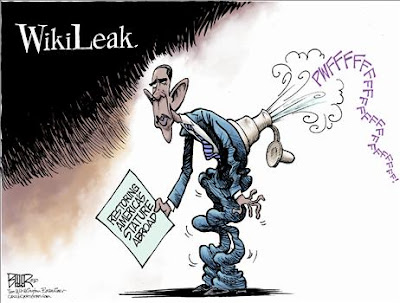 The economy is worse, our reputation is worse and he still has another two years to go. Watch for a major act of terrorism to hit us hard before this clown is sent the way of Jimmy Carter.
Posted by BobG at 5:57 AM No comments: 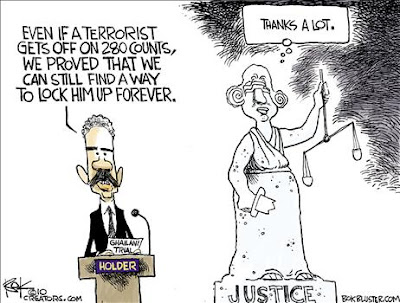