They'll Get Back to Us 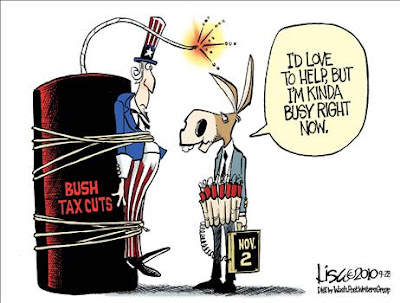 The Democrats are too busy making up new promises for this election to keep the ones they made last election. Yeah, that's it, that's the ticket.
Posted by BobG at 5:10 AM No comments:

Another Obama Buck Up 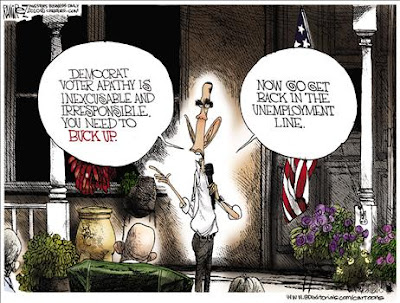 "The idea that we've got a lack of enthusiasm in the Democratic base, that people are sitting on their hands, complaining, is just irresponsible," Obama told Rolling Stone publisher Jann Wenner. "We have to get folks off the sidelines. People need to shake off this lethargy, people need to buck up."

If there's a lack of enthusiasm in the Democrat base, it's because of party leadership or rather the lack thereof. As usual, Obama plays the blame game never accepting responsibility for what he has caused. He is adept at passing the buck. I'm only surprised he was unable to blame Bush and the Republicans for the Democrats' despair.
Posted by BobG at 5:23 AM No comments: 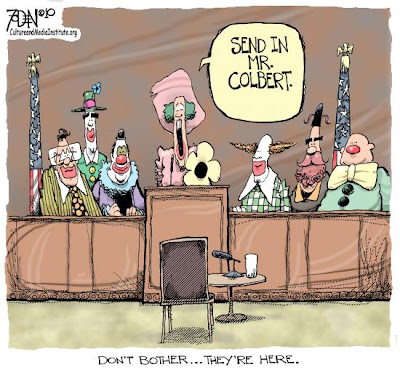 Obama to Break Another Promise

It looks like the party of Obama has no plans to vote before Election Day on extending the Bush tax cuts for the middle class. This means an across-the-board tax increase for most Americans, something Obama promised would not happen. What a shock, he fails to deliver on another promise.

This also is another blow to a failing US economy. Mark Zandi, chief economist of Moody's Analytics, wrote last week, "The uncertainty of not knowing what tax rates will be just a few months from now is adding to the collective nervousness." He called the impact on business decision-making, especially hiring, "discernible."

November is not far off, but things will be so bad in this country and the foreseeable future so bleak that the voters should have no trouble deciding to turn the scoundrels out.
Posted by BobG at 5:22 AM No comments: 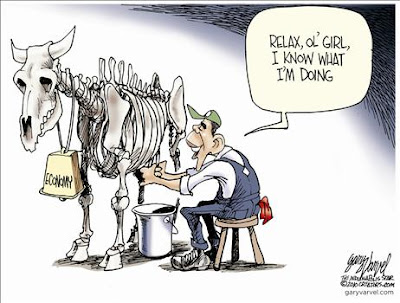 Never one to miss a chance to make himself look ridiculous, John (Flip-Flop) Kerry has flip-flopped again.

Last week Kerry said, "Under no circumstances do I believe we should give a blanket extension to the Bush tax cuts for the wealthiest Americans -- it won't fix our economy and it will add billions to the long-term structural deficit." Pretty clear, right? Except for one thing. Back in late July, Kerry said he would support a one- to two-year extension of the Bush tax cuts for the rich, if it was part of a bill that also extended middle-class cuts for a longer period, according to person familiar with the situation.
Well, which is it? True to form, once again, Kerry's spokeswoman declined to comment on whether Senator Flip-Flop supported a limited extension. She probably doesn't know either.

Barack Obama will travel to New York in late September to address a summit to spur the achievement of U.N. goals to combat poverty and the annual ministerial meeting of the General Assembly. What's wrong with that picture?

The number of people in the U.S. who are in poverty is on track for a record increase on President Barack Obama's watch, with the ranks of working-age poor approaching 1960s levels that led to the national war on poverty.

If the UN is looking for an expert on creating poverty, well Barack's the man for the job.
Posted by BobG at 5:54 AM No comments: 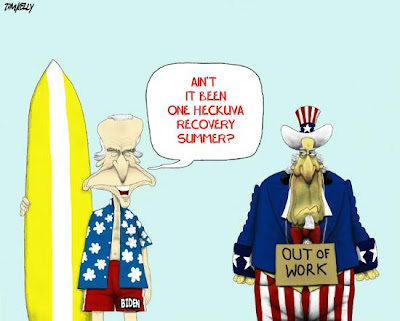 Throw the Scoundrels Out 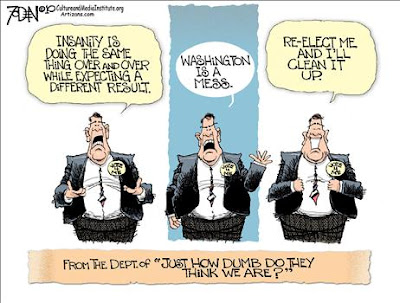 With elections looming upon us, Obama's priority is to politicize everything and continue to blame George Bush and the Republicans for his debacle of a presidency. His administration has been such a catastrophic failure that it has made Jimmy Carter look like Mount Rushmore material.

This election the message must be clear. Americans will not tolerate politics as usual from either party and the Obama presidency will no longer be permitted to defy the will of the American people.
Posted by BobG at 4:55 AM No comments: 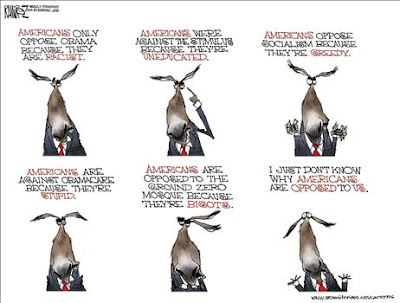 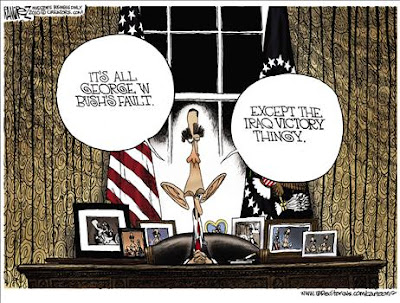 The Washington Times reports that the Bureau of Land Management has posted signs along a 60-mile stretch of Interstate 8 between Casa Grande and Gila Bend, a major east-west corridor linking Tucson and Phoenix with San Diego. The signs warn travelers hat they are entering an "active drug and human smuggling area" and they may encounter "armed criminals and smuggling vehicles traveling at high rates of speed." Beginning less than 50 miles south of Phoenix, the signs encourage travelers to "use public lands north of Interstate 8" and to call 911 if they "see suspicious activity.".

This is more than 100 miles north of the U.S.-Mexico border and a local sheriff says Mexican drug cartels now control some parts of the state.

Meanwhile our commander in chief sends thirty three troops to put a stop to the invasion of our nation. What a sad state of affairs. 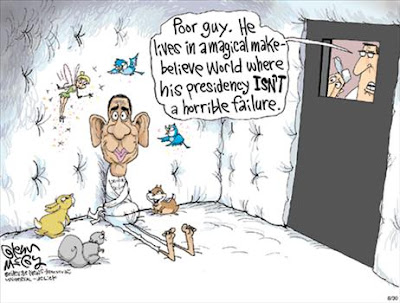