Time To Cleanse The Courts 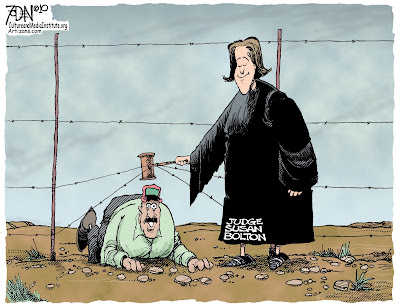 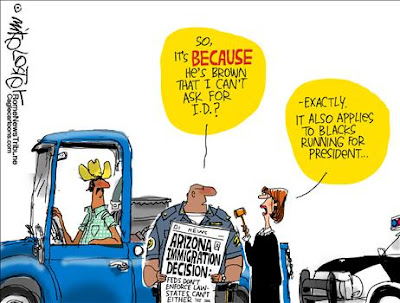 Read what Rush has to say
Posted by BobG at 5:18 AM No comments: 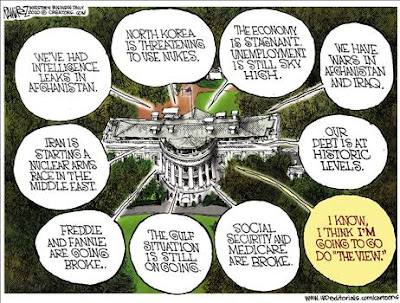 Kerry And Who Owns The Boat 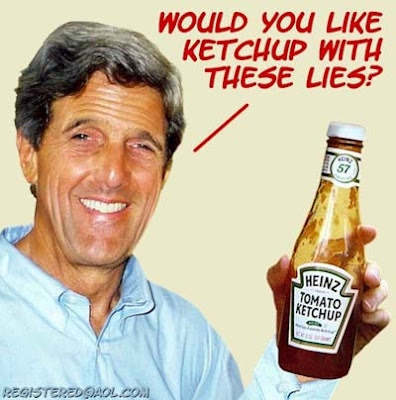 Ah, John Kerry back in the news and for what? Well, once again, he's playing the arrogant, pretentious aristocrat.

Inquiries about about his new $7 million yacht and where he's docking it seem to annoy the senator. After all, who is the public to question him? He served in Viet Nam.

The yacht is docked in Rhode Island rather than at Kerry's summer home on Nantucket or in Boston Harbor. That means he avoids paying nearly $500,000 in taxes to Massachusetts and a $70,000-a-year excise tax.

When asked "Did you berth the boat in Massachusetts?" he replied, "That depends on who owns it." Then, he said to his driver, "Can I get out of here please?"

A spokesperson with the Department of Revenue who did not want to comment specifically on Kerry's case said ownership by an out-of-state corporation wouldn't matter. And, the law states if you bring the purchased property into the state within six months of buying it, you would be subject to the sales tax.

Just like when he was running for king, I mean president, he still won't answer a simple question directly.
Posted by BobG at 4:22 AM No comments:

Soon To Be Unemployed 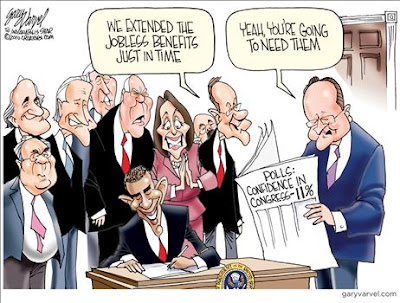 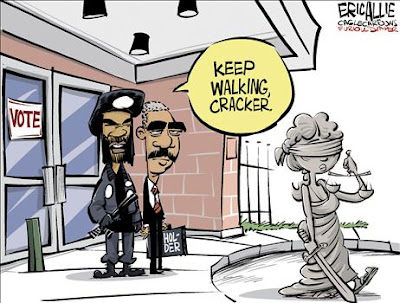 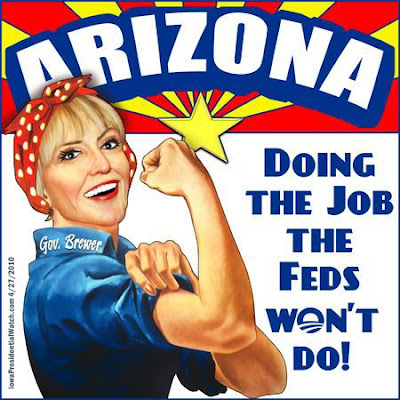 The NAACP recently passed a resolution condemning racism in the Tea Party. They called on Tea Party leaders to "repudiate those in their ranks who use racist language in their signs and speeches."

Perhaps the NAACP would be wise to remove the log from their own eye before mentioning the speck in another's eye.

On Monday, Breitbart posted a video of a speech by Shirley Sherrod, USDA Rural Development Georgia State Director, delivered at the NAACP's 20th Annual Freedom Fund Banquet. The video shows Sherrod speaking of racial considerations being a factor for how much help she would give. It's an eye opener. This, along with the refusal to prosecute the New Black Panther Party and the of Jeremiah Wright, Henry Louis Gates and others is indicative of real racism rearing its ugly head. For a president who promised to help the nation to put all this behind us, it just seems like another failure in a long and growing list.
Posted by BobG at 5:25 AM No comments:

Hardly A Leg Left To Stand On 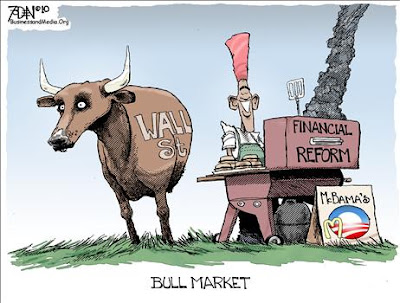 A Terrible Specter Looms In Our Furture 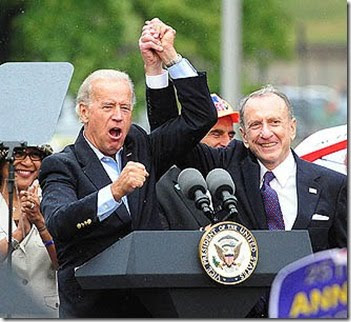 You can vote him out but he won't be exorcised from the Washington scene.

Arlen Specter, that old for sale senator from Pennsylvania is whoring for a job with Obama. After opposing Elena Kagan for solicitor general last year suddenly Arlen thinks she is qualified for the Supreme Court.

Obama and Specter have not an iota of integrity between them, so you know that deals are being made. Specter is a loathsome individual who fits right in with this administration. It will be good to see him looking out the window of the hellbound Obama bus.
Posted by BobG at 4:30 AM No comments:

Obama, Here's Your Sign
Posted by BobG at 4:56 AM No comments:

Obama's Planning for Your Future 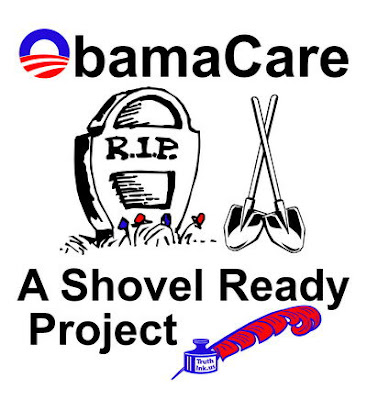 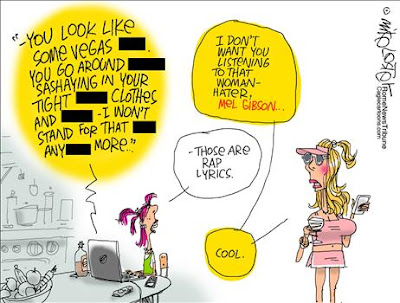 Waiting to hear his master's voice before he speaks, Baghdad Bob Gibbs cowers away from answering a simple media question. Why is the president picking on Arizona, when there are states clearly in violation of federal law? Reasonable people know the answer, but the craven jackal Gibbs slinks away from the truth.
Posted by BobG at 5:00 AM No comments:

Something Sinister This Way Comes

Like the mad radicals they represent, the Obama administration is hell bent on destruction for its own sake. In their last desperate attempt to cripple this nation they are busy planning their lame duck strategy for the end of this year.

They plan to force through bills in December that they don't want to defend before the election. That way the retiring rats who are jumping the sinking ship along with the scoundrels the voters throw out would be able to vote for sweeping leftwing legislation and not fear voter retaliation.

Get ready for cap and trade, the union card check bill, the New Start nuclear treaty and a federally mandated universal voter registration system that would override state laws (the mutant child of Chuckie Schumer and Barney Frank). There will be more including all kinds of porkulus as the liberal swine race to the public trough one more time.

The American public must let it be known that the backlash for such behavior will make November's bloodletting look like child's play. Anyone left in power who participates in this liberal madness will have no future in our government.
Posted by BobG at 5:06 AM 1 comment: 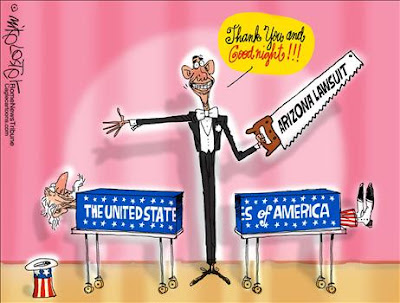 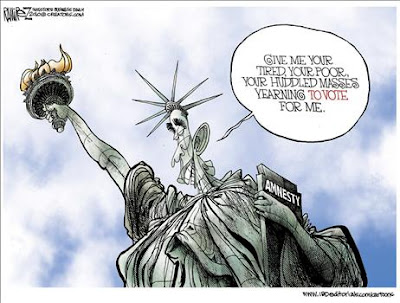 I Hear Her Footsteps

The fat lady hasn't sung yet, but I hear her footsteps approaching the stage. Meanwhile Obama is strewing flowers in her path.

The Dow Jones is repeating a pattern that appeared just before markets fell during the Great Depression, Daryl Guppy, CEO at Guppytraders.com, told CNBC Monday.

The US workforce shrank by 652,000 in June, one of the sharpest contractions ever. The rate of hourly earnings fell 0.1pc. Wages are flirting with deflation.

Watch out America, Obama's fat lady is picking up speed. 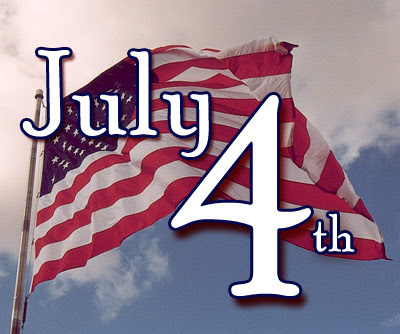 As the country continues to crumble around an oblivious Obama, more bad news about the economy keeps arriving. Unemployment claims are up while home sales are down. Manufacturing is slowing and that's always bad news.

1.3 million people are without unemployment benefits because time has run out and all the jobs Barack and Biden promised have never materialized. That number will continue to grow as the temporary census jobs disappear.

Instead of addressing these problems, Obama is desperately trying to distract the public with madcap liberal schemes that are even more destructive to the economy. Like a drowning man flailing around in the water, Barack will panic even more as the tide of public anger rises against him. 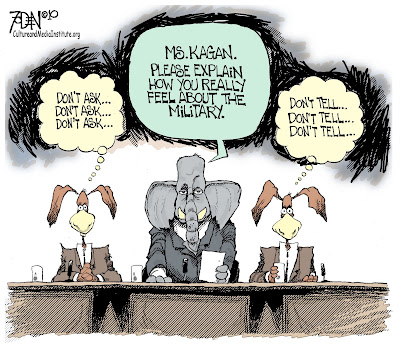