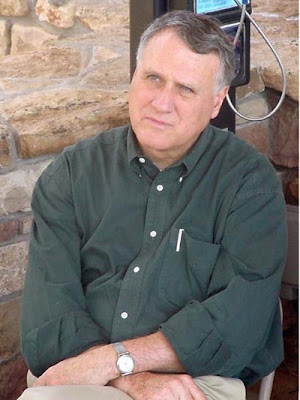 Jon Kyl sits by a pay phone.
Could he be awaiting his next instructions from Teddy Kennedy?

Jon Kyl said his office has been swamped with angry, sometimes vitriolic, reaction. He estimated that sentiment is running "10 to 1" against the Senate legislation.

"At the fringe, there are some folks who should remember what their mother told them on how to act," Kyl said during a meeting Friday with the editorial board of The Arizona Republic.

If Jon's mother or father ever taught him anything about integrity, perhaps he could do us all a favor and remember that. People tend to get upset when you deliberately mislead them about your intentions and betray their trust. There are no words too pejorative to describe a Judas like you, Jon.

During the last election Kyl stood with a group of Arizona sheriffs and condemned his opponent for supporting the 1986 amnesty. Now, he supports the biggest shamnesty of all time. Again, Jon, there are no comments too disparaging to describe you. The backlash has not yet begun.
Posted by BobG at 6:18 AM