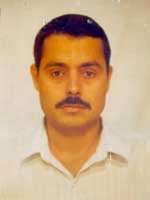 
Excellent news from the War on Terrror. One of the FBI's most wanted has been neatly removed from the list. May he rest in pieces.

Muhsin Musa Matwalli Atwah, aka Abdul Rahman, Abdul Rahman Al-Muhajir, Abdel Rahman, Mohammed K.A. Al-Namer is dead. Pakistan has declared him killed in an airstrike near the Afghan border. DNA testing has confirmed this claim according to US officials.

Atwah was wanted in connection with the August 7, 1998, bombings of the United States Embassies in Dar es Salaam, Tanzania, and Nairobi, Kenya. Recently, he was suspected of being a supplier of arms to terrorists in Waziristan.
Posted by BobG at 4:32 AM