How Do You Say Chutzpah In Espanol 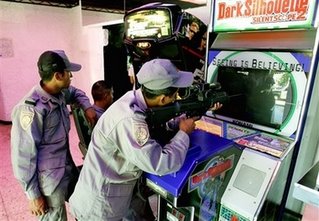 Mexican officials are upset that U.S. Border Patrol agents crossed the border into Mexico without permission while chasing drug smugglers last week. The truck they were using had been stolen in El Paso.

Even though the intent was to stop drug smuggling, "The end does not justify the action,"he said. In other words, nobody paid him to let this happen.

The Border Patrol admits the incident took place. So what? Mexican military, police, smugglers and illegals violate the border hourly. Where's Jorge's indignation over that? If "the end doesn't justify the action" then that also applies to his countymen who break our laws and violate our sovereignty as a national pastime.